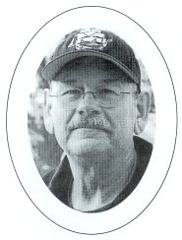 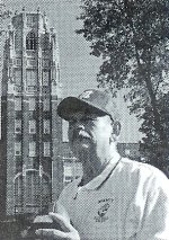 RON MASIAK
Inducted into the Hall of Fame 2006

Ron is a native and graduate of Manitowoc Lincoln High. He participated in football, basketball and co-captained the state runner-up baseball team of 1965. He went on to attend UW­Oshkosh, receiving both his B.S. and Masters from that institution.
Ron began his teaching and coaching career at Manitowoc's Wilson Jr. High. There he taught history and was an assistant freshmen coach for two years and then head coach for the next eight years.

In 1980, Ron moved up to the Manitowoc varsity as the line coach. In 1985, he took on the added duties of offensive coordinator. During his 21 years on the varsity, "Manty" won eight FRVC Conference titles and three consecutive WIAA State Championships, while establishing the still existing state record of 48 consecutive wins. He ended his coaching career with two years as co­head Coach of the JVs. Additionally, Ron was head softball coach, a semi-pro baseball manager, and a basketball coach at various levels. He has been a WIAA official for the past 38 years in football, basketball, track, softball and baseball (including two state tournament assignments).

Ron has also received distinguished service awards from the Lakeshore All-Sports Hall of Fame, as well as being nominated for the Hall. In addition he has received a service and coach-of-the-year awards from the Manitowoc County Catholic League. The Manitowoc Herald Times and radio station WOMT both named him as an assistant football coach of the year. The WFCA and the WIAA have also honored him with service awards. He has also served as President and executive committee member of the MEA, Sec./Treas. and games coordinator for both the MCCL and Lakeshore Girls Summer Fastpitch League.

Ron is honored to join former head coach Ron Rubick and his former high school coach, John Heineke, in the WFCA Hall of Fame. It is especially gratifying to be inducted with long-time friend and fellow assistant coach, Pete Holm.

He is exceedingly grateful to his loving and caring family, who shared the many demands of a 33-year coaching career. Without their understanding, none of the above would have been possible. He would like to also thank the WFCA for bestowing this humbling honor on him. Finally, he would like to thank the many coaches, parents and officials whose lives he was able to touch and for their encouragement and support that he enjoyed.