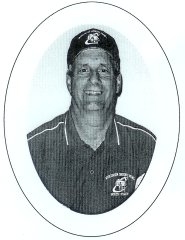 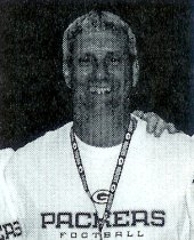 RON SWANSON
Inducted into the Hall Of Fame in 2006

Ron was born and raised in Wabeno, Wisconsin, where he graduated in 1965. While at Wabeno he played and was M.Y.P. and all-conference in football, basketball, and baseball. When he was a senior he also joined Wabeno's first golf team. He attended U.W. Stevens Point where he participated in football, basketball and golf. In his later years he attended Marian College and received his Masters in Principalship.

In 1980 Ron moved back home to Wabeno and again taught social studies and became the head coach in basketball, football, and baseball. In 1997 he became the principal and athletic director and remained on as the head football coach. Ron retired from teaching in 2005, but stayed on as head football coach. In football his teams were conference champions in 1994, 1996, 2001, 2003, 2004 and finished second several times. They also have been in the playoffs 11 years while compiling 150 wins and 46 losses.

Ron was an assistant in the 1998 and 2005 Wisconsin Shrine All-Star games and was chosen as the Packer Coach of the Week and also had the honor of being selected to coach with the Green Bay Packers for two weeks. He has been selected Conference Coach of the Year and also WFCA District Coach of the Year, along with being a long time member of the WFCA.

Ron helped initiate the Pop Warner football program in the Wabeno area along with its junior high program. Ron was very active in his school and community as shown by his Teacher of the Year awards, Herb Kohl award, Athletic Director District award and Lions Club awards. Ron also has been an active member in the Fellowship of Christian Athletes.

Ron is grateful to his family for their love and support and to the WFCA for this great honor. Ron would like to thank all of his coaches and players for their dedication and support and a special thank you to the communities and school districts of Wabeno and Laona.