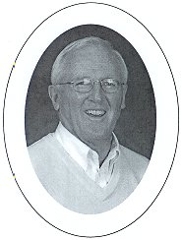 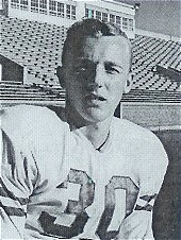 Glen was born in Primghar, Iowa, on May 4, 1937, to Lloyd and Ruth Borland. He graduated from Primghar in 1955 with 13 varsity letters in football, basketball, baseball, and track. He received several All-Conference Awards and All-State recognition in football.

After a short time in the insurance business, Borland returned to teaching and coaching at Fort Atkinson. There he coached and taught for 30 years. He coached football there for 23 years – 15 as head coach with a record of 68-63. Also he assisted in boys basketball for 25 years at various levels. He co-coached the start of girls softball, was boys golf coach his first year, and also assisted in swimming. In the fall of 1990, he left high school coaching and became an assistant football coach under Bob Berezowitz at UW-Whitewater where he coached linebackers for 12 years. He retired from teaching in 1996 and coaching in 2001.

Borland became involved in WFCA during his tenure at Fort’s football coach serving on the State Football Clinic as a part of the Hall of Fame Committee. He is still active as a WIAA Track official, officiating for over 35 years.

He is thankful for his wonderful family, his calling as a coach, the great young men he coached, and is grateful to the WFCA for this great honor.