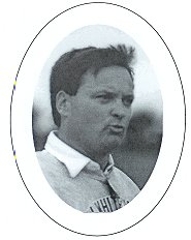 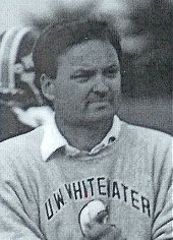 Bruce was born to Richard and Shirlee Bukowski in Wausau, Wisconsin on June 3, 1955. He graduated from D.C. Everest High School in 1973. Bukowski enjoyed an illustrious career at Everest high School playing for Hall of Fame member Howard Stiehm and in 1972 was selected to the Associated Press 1st All-State team. As a three-year starter, Bruce played for the Evergreens whose team was 26-1 and played on the 1972 State Championship team.

Bukowski continued his football career playing under legendary coach and Hall of Fame, Roger Harring, at UW-La Cross. He was a four-year starter at offensive tackle and was a member of the 1974 and 1975 championship teams. Bukowski earned 1st team All-Conference and All-District honors in both 1975 and 1976 and received all-American honors in 1976. In 1977, Bruce was selected captain of the La Cross Indian football team.

After graduating from UW-La Cross in 1978, Bruce served as the Head Football and Track Coach in the Spencer Public School from 1978-1982. His 1980 football team wont he Marawood Conference for the first time in 17 years and his 1981 track team was WIAA State Class C Runner-Up. Bruce’s college coaching career began in 1982 as the Defensive Line Coach on the WSUC’s Conference Champions La Cross Indians. In 1983, Bruce coached the offensive line at UW-Eau Claire under Hall of Fame Coach Link Walker. In that season, the Blugolds won the WSUC Conference football championship.

Bruce’s overall record in this 24 years of coaching was 154-71-3 with 9 championships. Bruce has worked in 56 football camps, published over 30 different articles related to football and athletics, and made over 20 different presentations to coaches throughout the Midwest. Bruce has been a member of the Wisconsin Football Coaches Association for over 30 years.