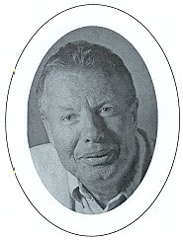 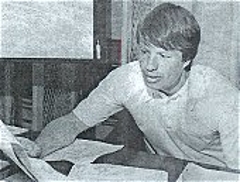 CLIFF CHRISTL
Inducted into the Hall of Fame in 2007

Cliff has been an award-winning sportswriter in Wisconsin for more than 35 years. He started his career with the Manitowoc Herald-Times in 1970. He joined the Green Bay Press-Gazette in 1971 and remained there until 1986. In the years since, he has worked at the Milwaukee Journal and Milwaukee Journal-Sentinel. Although Cliff covered professional sports, primarily the Green Bay Packers, for most of his career, he continued to write about high school football. It was one of his fondest passions.

Cliff started naming an All-State high school football team in 1992 for the Journal and continued doing so for the next 15 years. As part of the process, he would attend high school games throughout the state each fall and usually interview more than 100 coaches to get their evaluations. He also wrote an annual recruiting story about the state's top prospects over a 20-year period. In 2005, when Green Bay East and West played for the
100th time in one of the most storied rivalries in the state, Cliff contributed lengthy stories about the history of the game and City Stadium, its longtime home, for the souvenir program.

In 1993, he researched and selected through a poll of mostly WFCA Hall of Fame Coaches an All-Time Wisconsin high school football team. The story was selected as one of the top 10 in the country in the enterprise reporting category by the Associated Press sports editors. Cliff also has written magazine-style stories about the Marinette­Menominee rivalry, the rich football tradition in the Wisconsin Valley Conference, and many of the top programs in the state. Early in his career, he covered high school football as a beat.

Cliff has been selected sportswriter of the year in Wisconsin a record seven times. In 1999 and 2001, he was honored by the National Sportscasters and Sportswriters Association for best national sports story.