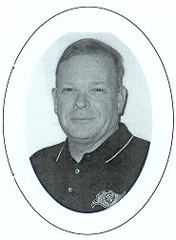 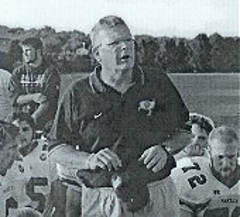 Joe was born to Donald and Phyllis Dye in Beloit, Wisconsin, on January 13, 1953. Joe graduated from Beloit Turner High School in 1971. While at Turner, Joe enjoyed a fine career, competing in football, basketball and track & field.

In 1993, Joe assumed the head football coaching position at Janesville Parker. Blessed with an outstanding staff and great young men, Joe led the Vikings to their first Big 8 conference championship in school history in 2000. The Vikings have won 5 Big 8 championships under the leadership of Joe and his staff. Janesville Parker has qualified for the state football playoffs 11 of his 14 seasons. Joe was selected as the Big 8 Coach of the Year in 2000, 2001, 2002 and 2006.

Joe has also served as the head boys track coach at Janesville Parker from 1981 till present, where his teams have earned 5 Big 8 Championships.

Joe has been a member of the WFCA since 1977, served as a district rep, and also served on the state clinic committee for 6 years.

Joe served as the mathematics chair at Parker and was selected as the Janesville Secondary Teacher of the Year in 1995. He was also recog­nized by the University of Wisconsin-Madison in 1995 as a Distinguished Teacher of Teachers and in 2003 as a Rockwell Award Winner.

Joe married his best friend, Janis, in July of 1975. They have enjoyed 31 years of marriage, and have been blessed with two children, Jenni and Jeff. Joe is grateful for the love and support from his family.

Joe has been honored to work with quality young. people and outstand­ing assistant coaches throughout his career who have always been able to "work together and stay together".