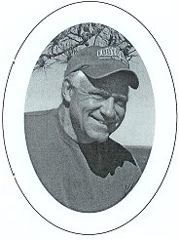 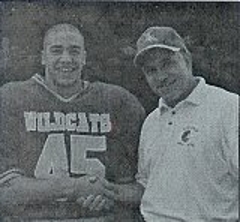 Brent was born with a passion for the game of football. He played high school football in his hometown of Muskegon, Michigan, and then accepted a full scholarship to play for the Wyoming Cowboys in 1966. Brent cherishes the memory of having played in the 1968 Sugar Bowl when Wyoming's rushing defense was ranked #1 in the nation. During Brent's junior year, the defense was ranked #1 in the nation in total defense. As a senior in 1969, Brent broke the University of Wyoming school record in total defensive points in a single season.

Brent started his coaching career as a grad assistant at the University of Wyoming. Moving back to Michigan, he coached at Muskegon Catholic Central for two years. Missing the west, he accepted a coaching position in Rawlins, Wyoming, and then moved to Riverton, Wyoming, for three years. After the birth of his first child, Brent wanted to move back to the mid-west. It was on to Edgar where he continued to coach for 28 years.

Brent's playing and coaching honors are numerous. In high school he received All-Conference and All-State honors. In college he received All-Conference and All-American awards. In 1976 he was selected as an assistant coach for the Wyoming Shrine Bowl. In 1996 Brent was inducted into the University of Wyoming Football Hall of Fame. In 1997, 2001 and 2003 Brent was named WFCA District Assistant Coach of the Year. In 2002, Brent was an assistant coach for the annual Wisconsin Shrine Bowl. In 2003 Brent was named WFCA State Assistant Coach of the Year. Brent has coached the defense for teams in 8 state championship games, 7 of them since being in Edgar. Under his defensive leadership the Edgar Wildcats have won 4 state championships. In 2001 the Edgar defense shut out their opponents in all post-season play. As a coach, Brent has never experienced a losing season.

Brent gives much credit to special mentors and loved ones in his life who have inspired him. These include the first head coaches with whom he worked as a young coach, Roger Chiveriani and Phil Treick and Fritz Shurmur, who was a University of Wyoming coach when Brent played for the Cowboys. Last, but not least, Brent credits his parents, Bob and Thelma Engleright and brother Marc for their support through the years as well as his wife Ruth, daughter Jennifer and son Patrick. For Brent, family is #1.