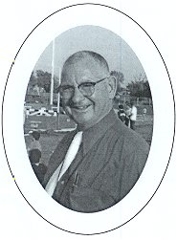 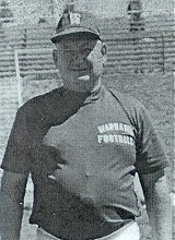 Rex was born in Darlington, Wisconsin, to parents, Coach Earle "Pop" Foster and Zoe Hancock Foster, the oldest of six children. He was raised in Port Washington where he had an illustrious athletic career in football, basketball, and track coached by renowned men who set a high standard, and strong guidelines. In 1936, Rex played for the Port Washington's basketball team which won the State Class B tourney under Hall of Fame coach, Sam DeMerit. Rex also played college football for Butch Leitl, Hall of Fame member, while attending Platteville State Teachers College.

Foster started his coaching career at Cuba City, Wisconsin, later moving to Boscobel. During the years that Rex coached at Boscobel (1949-1959) he had been named Coach of the Year numerous times by his contemporaries in the former Southwest Athletic Conference. His Boscobel teams were Champions in 1954 and 1955; he also had many other outstanding football teams during his years in Boscobel.

Rex's coaching record at Boscobel was without a doubt the most outstanding of any coach in Boscobel's history! Many players that were coached by Rex were exceptional athletes, some became Wisconsin All-State players and many went on to play col­lege football, including the University of Wisconsin-Madison Badgers.

Foster was a terrific football coach and in addition was an outstanding coach in track and field, starting and building the University of Wisconsin-White water women's program! Foster coached both men's and women's track teams at UW­Whitewater for 25 years. During Rex's later years, UW­Whitewater bestowed the prestigious honor of naming the Track Complex after him. Rex was inducted into the University of Wisconsin-Whitewater Athletic Hall of Fame. A Rex Foster scholarship is awarded annually at UW-Whitewater.

On behalf of the Foster family and all the friends who were touched by his life, this Hall of Fame honor is a greatly appreciated and will forever be a lasting legacy.