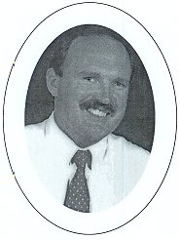 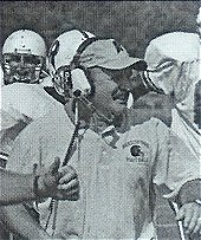 Jerry was born in Manawa, Wisconsin, to Howard and Grace Griffin on February 3, 1952. He was one of nine children (Sally, Patricia, Jack, Dennis, Tom, Gene, Ellen, and Peter) who grew up on a dairy farm. There was never a shortage of work on the farm and the life-long lessons he learned there have proven to be very useful throughout his lifetime. Jerry graduated from Manawa High School in 1970. He earned a total of ten letters in football, basketball, and track during high school. In track, he placed 2nd at State in the hurdles while helping his team win the conference title. In football, he played for two Hall of Fame coaches at Manawa, Ken Beagle and Bob Lieberman. Under those two coaches, Manawa enjoyed an undefeated season Jerry's senior year with Jerry receiving All-State Honors as a running back.

Griffin attended UW-Stevens Point where he played four years of football under Coaches Pat O'Halloran and Hall of Fame coach Monty Charles. Jerry graduated in 1975 from Stevens Point with a degree in Physical Education, Health and Drivers Education.

Jerry got his first teaching job in the fall of 1975 at Seneca High School where he spent the next two years teaching as well as being head football, track, and assistant wrestling coach. From there he moved across the state to Elkhart Lake where he was the head football and track coach. He enjoyed six years teaching Physical Education-Health as well as finishing his last two years of football with a 16-2 record.

Griffin then took the Head Football Coaching position at Reedsburg High School in 1983. During his career in Reedsburg he was part of five conference championships as well as appearing in 10 years of the football playoffs. Jerry was selected District Coach of the Year three times as well as being elected to serve as a district representative for the WFCA in three different conferences for ten years. He taught Physical Education and received his Masters degree in Secondary School Counseling from UW-Platteville in 1988.

Jerry would personally like to thank all the players and coaches that he has worked with over the last 32 years for making teaching and coaching a wonderful life. He also would like to thank his family. He is grateful to have had the opportunity to have been involved in the growth and development of so many great students, athletes, coaches, and teachers throughout his career.