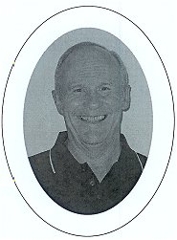 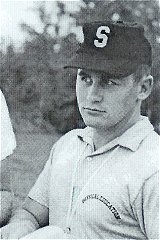 Harlan grew up in Proctor, MN, and graduated from Proctor High School in 1959. He partici­pated in football, basketball, hockey, baseball and track, lettering in all but basketball. Besides athlet­ics, Harlan participated in Chorus, Dramatics, Forensics, Lettermen's Club and was the class president his junior and senior years. Harlan graduated from the University of Minnesota, Duluth, in 1964 with a Bachelor of Science degree in Business Education. He received his Master of Science degree in Business Education from the University of Wisconsin, Superior in 1972.

Harlan's teaching and coaching career began at Laona High School in Laona, WI, in 1964. He taught business education courses and was the head football and basketball coach as well as the at Wetic director and the advisor to the lettermen's club, yearbook staff and the cheerleaders for three years. In 1967 Harlan accepted a teaching and assistant football coaching position at West High School in Appleton, WI. For two years he was an assis­tant under Ade Dillon, a 1980 charter member of the Wisconsin Football Coaches Association's Hall of Fame, and 26 years under Paul Engen, also a WFCA Hall of Fame member in 1998.

After leaving the coaching ranks for 2 years, he began coaching at Appleton North where he coached for 9 years, 5 of them under Mike Weyenberg and 4 under Paul Engen, completing a 40-year coaching career. He retired from teaching in 1999 but continued to coach through the 2005 season. At West during Paul Engen's tenure, Harlan was a part of 12 conference championships, 8 playoff appearances, three Division I State Championship game appearances, winning the championship in 1992. At North under Paul Engen, he was a part of one conference championship and two playoff appearances. In addition to coaching football, he was a co-head track coach at West for one year and an assistant for 5 years and at North, an assistant for one year. He also was the head hockey coach for the Fox Valley Youth Hockey Association's club high school team for 6 years.

Harlan was an assistant coach for the North team in the 1987 Shrine Bowl All-Star game. He has received the 20, 25, 30, 35 and 40-year service awards from the WFCA. In 1987 he received the Appleton Red Smith Banquet Award for "outstanding contribution to educa­tion and sports" and in 1988 was selected Coach of the Year by the Fox Valley High School Hockey League.

He would also like to thank all of the coaching colleagues he has had the good fortune and honor of working with over the years and the players he has coached for their contributions to his success. Finally, Harlan would like to thank the WFCA for this prestigious honor.