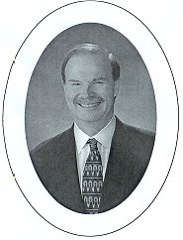 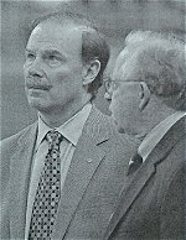 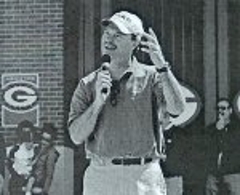 John Jones became the 10th President of the Green Bay Packers in June, 2006. Jones was to become CEO of the Packers organization in 2007 upon the retirement of CEO Bob Harlan, but health issues prevented him from advancing to the position.

John has been in the the National Football League since 1987, entered the NFL in 1987 as Public Relations Director of the NFL Management Council. Jones expanded his administrative duties at the NFLMC and was a member of the Management Council negotiating team that achieved a global settlement of player antitrust lawsuits against the NFL and forged the NFL's 1993 Collective Bargaining Agreement and the Salary Cap system under which the NFL operates today.

Jones left the NFLMC to spend 1994-95 as a member of the expansion Jacksonville Jaguars' fIrst front office staff, serving as the team's first Director of Administration. Upon returning to the NFLMC in 1996, Jones worked closely with NFL clubs on key management issues, including Salary Cap management and administration.

Jones was recruited by Harlan to join the Packers in 1999 as Vice President of Administration. He was named Executive Vice President and Chief Operating Officer in 2001. Jones was a key Packers leader in the redevelopment of historic Lambeau Field, a $295 million project that saved Lambeau Field and created the new trend of stadium destination tourism. This concept kept Lambeau Field Atrium and Packers' facilities active year round and includes the Packers Hall of Fame, the successful Packers Pro Shop, banquet and meeting facilities on the Associated Bank Club Level and perennial favorite Curly's Pub, the Packers' signature restaurant dining experience named in honor of team founder Curly Lambeau.

John is proud to have Packers and Badgers in the family.