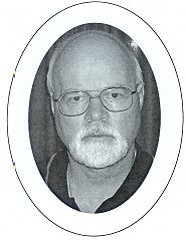 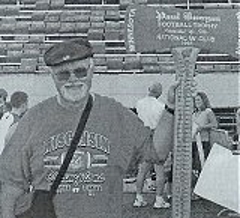 Tom was born in Marshfield, Wisconsin, to Fred and Ruth Knauf in the fall of 1947, one of five boys in the family. He attended St. John's grade school and graduated from Marshfield Columbus High School in 1966. He received a full football scholarship to the University of South Dakota; however, his football career was cut short by injuries. He graduated from UW­Whitewater in the summer of 1971 and married his high school sweetheart, Carol, that fall (married for 35 years).

His first job was a junior high head coach in both foot­ball and basketball at Stratford. Two years later he became a varsity assistant for one year before taking the head coaching position at Royall High School in Elroy, WI. He returned to Stratford High School the following year as an assistant for two more years and then took over the head coaching job in 1976. During the next 12 years he was also an assistant in boys basketball, track, and head girls basketball. In 1985 he had the opportunity to coach in the Shrine Bowl and worked with some very outstanding coaches and athletes.

In 1986 he won the first state title in football at Stratford with a 12-0 record. His defense recorded 10 shutouts (9 straight including the state title game) with only 13 points scored on them all season. In 1989 he took over the head coaching position at Marshfield Senior High and left after six years, leaving the program in better shape than he had found it. He spent 3 years as a defensive line coach with UW-Stevens Point.

He returned to high school coaching taking over at Marshfield Columbus making the playoffs two of those three years and had the opportunity to coach his sons. He retired from coaching for over 30 years, and is now happy to be just a spectator at high school events.

He would especially like to thank his wife Carol for her love and support through all the years of highs and lows that came with coaching.

He would also like to thank the WFCA for this award and he is grateful for the opportunity to have touched the lives of so many athletes and students throughout his career.