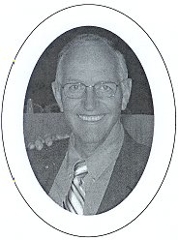 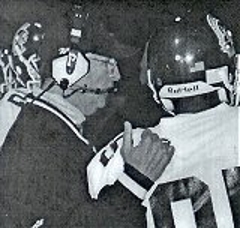 Gary was born on July 23, 1947, and is the son of Egorda and the late Eugene Kolpin of Berlin. Athletic participation became very important to Gary in high school where, as a junior, he earned a start­ing position on the defensive line of the Berlin football team that won the conference championship, known then as the Little Ten. Gary graduated from high school in 1965 and attended the University of Wisconsin in Madison where he earned a Bachelor of Science degree in Physical Education (1970) and a Masters in Physiology of Exercise (1974).

"Kope" began his football coaching career at Madison Memorial High School as an assistant under the tutelage of Hall of Fame coach John Olson. Following three years of seasoning as an assistant, Kope spent the next 22 years as the head sophomore coach where his teams won seven city and four conference championships. In 1998, after 25 years as an assistant, Kope took over as the head varsity football coach. Within six seasons, his teams won their first city championship in twelve years, their first conference championship in nineteen years, and made two WIAA state playoff appearances in 2002 and 2003.

In addition to coaching football and teaching physical education, Kope was the head boys swim coach for 33 years during which time his teams won seven Division I state championships and were runners-up thirteen times. He also served as Memorial's athletic director for 26 years and was president of the Wisconsin Athletic Directors Association in 1998. Kope has been the head supervisor for workers at 80 WIAA State Tournaments over the past quarter century (including 25 State Football Tournaments) and has been the on-site coordinator for football and hockey since 2002.

Throughout his professional career Kope has been recognized by local, state, and national organizations. He received the Memorial High School Unsung Hero award in 1989 and was awarded the Dane County Driving Force Award for his work with high school students related to alcohol and other drug issues; received the WADA District 5 Athletic Director of the Year and State of Wisconsin Athletic Director of the Year awards in 1991 and 2005; was awarded the WADA Andy Andersen Award of Excellence in 2000, the NIAAA State Award of Merit in 1995, and was inducted into the Madison Sports Hall of Fame in June of 2005 and the Wisconsin Interscholastic Swim Coaches Association Hall of Fame in May of 2006.