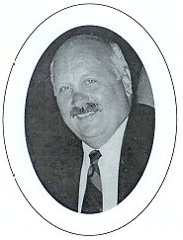 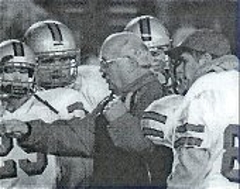 Clayton was raised and still resides in Cudahy Wisconsin. He was a three sport participant at Cudahy High School earning four letters in football, two in basketball, and three in baseball. He was elected Captain of all three teams his senior year. He earned 1st Team All-Milwaukee Suburban Conference honors in football in 1964. He played football under Hall of Fame Coaches Joe Kukor and Ed Race.

Clay attended the University of Wisconsin, where he played two years of football before injury ended his playing career.

He returned home, married his high school sweetheart, Pamela, on December 2, 1967, and had two sons, Jack and Jeffrey. Pam is his best friend, mentor and co-coach for the past 39 years.
Clay's coaching career began in 1968 with the 7th and 8th grade Cudahy Junior High Colts. In 1969, current Hall of Fame Coach Jerry Bowe was hired as an English teacher and Head Football Coach at Cudahy. Coach Bowe invited Clayton to be one of the founding members of the Cudahy Football Booster Club, one of a few football, only booster clubs in the State. Clay held every office in the organization and remained a member for over 30 years.

He became the linebacker coach, a position held through the 1989 season. After the unexpected death of his oldest son, Jack, in the fall of 1989, Clay left his coaching position at Cudahy.

In August of 1994, Coach Doug Sarver, of St. Francis High School, asked Clay to replace a late staff resignation for a year. Clay accepted and continued coaching for 12 seasons. Clayton is a long standing member of the WFCA and is also one of the original members of the "CBC".

"To all the young men that played for me, I am forever grateful for the effort and commitment to playas hard as you could for as long as you could!" "Special thank you to my wife Pamela, my late son Jack, son Jeff and his wife, Kristin and our grandchildren, Clayton, Bielle and Henry for supporting and accompanying me on his incredible journey."

Induction into the WFCA Hall of Fame is the highlight of Clayton's career.