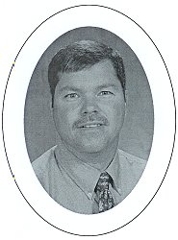 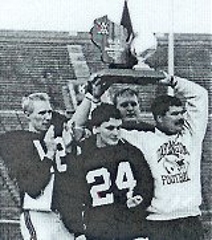 Doug was born in 1960 to Gordon and Linda McArthur, He was one of five children; Dean, Randy, Doug, Raymond, and Debbie. Doug graduated from Watertown High School in 1978. He played football for Hall of Fame Coach Dan Herbst, wrestled for Dick DeCono, was on the swim team for Dave Hanssen, and played tennis for Vince Morrone. Doug was a 9-time letter winner and the president of his high school's Letter club.

Doug earned his Bachelor's (1982) and Master's (1990) from the University of Wisconsin-Platteville, While attending UW-Platteville Doug played football, tennis for Vernon Vradenburg, and wrestled for Wally Iselin. Doug was a 3-time letter winner in football and a 4-time letter winner in tennis. The highlight in Doug's college football career was having the opportunity to be taught, coached and mentored by the late Hall of Fame Coach George Chryst. Coach Chryst had an enormous positive impact on Doug's football coaching success.

In the fall of 1982, Doug did an internship at Southwestern Schools in Hazel Green, and accepted his first head football coaching position at Shullsburg at the age of 22. Doug coached at Shullsburg for the 1982 and 1983 football seasons and had a record of 12­6, following the 1983 football season, he accepted a teaching and coaching job at Wahlert High School in Dubuque, Iowa.

In 1984, Doug began teaching and coaching at Darlington. High School, In 13 years as a physical education teacher, Doug coached football (13 years), wrestling (12 years), track coach (9 years), and golf (1 year). Of the 13 football teams Doug coached, 7 played in the state finals with 4 state championships (1987, 1990, 1991, and 1995) and 3 state runner­ups (1993, 1994, and 1996), Doug's record as the head football coach at Darlington was 117-37.  In a l0-year span, Doug's football teams played in the state championship game 7 times, Doug was selected as a Shrine Bowl South Team assistant coach in 1988, was the WFCA Coach of the Year in 1995 and was an area representative for the WFCA,  In 1997, Doug left education and began a career in sales. Doug worked for Truck Country, a heavy duty Freightliner truck dealership, Doug has since earned his school administration certification (2003) from U.W.-Platteville and has been a principal since the fall of 2002.