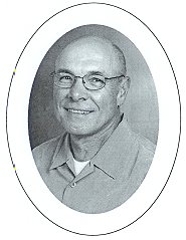 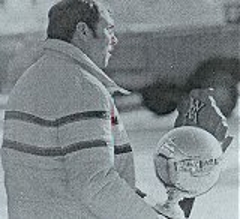 Tom grew up in Ladysrnith, Wisconsin, born June 5, 1945. Bart and Senes Mestelle encouraged Tom to excel in athletics. A 1963 graduate of Ladysrnith High School, he enjoyed all sports, lettering in football, baseball, basketball, and track. He was a three-year starter for the Lumberjack football team, coached by legendary coach and Hall of Fame member, Roger Harring. He was an All-State end as a senior, when the Lumberjacks com­pleted a second straight undefeated season.

College followed at UW-LaCrosse where Tom was a two-way starter for the Indians as an offensive and defen­sive end in 1963. While working full time at Presto Industries, Tom continued his education at UW-Eau Claire and Mount Senario College to 1979 when he earned a degree in teaching Broadfield Social Studies.

Tom's coaching career started at Mount Senario College while he was an undergraduate student. At first assistant, then head coach of his peers who extraordinarily accept­ed his leadership.

Beginning in 1979, Tom was the head football coach and history teacher at Ashland High School. During his time in Ashland he coached football for ten years, winning five con­ference championships. The 1984 team was 12-0 and won the Division II State Championship. He also was a head varsity coach in Boys Basketball, Girls Basketball and Baseball, winning conference championships in each of these sports. The 1984 Ashland Girls Basketball team was WIAA class B State Runner-up.

In 1988, Tom taught history and was head varsity football coach at Superior Senior High School. The success of these student athletes was phenomenal. Highlights were the 1988 team being the WIAA Division I State Runner-Up and the 1990 team winning the WIAA Division I State Football Championship. As head girls varsity basketball coach from 1993-1996, he led the 1995 team through play­off competition to qualifying as a quarterfinalist in the WIAA State Tounament.