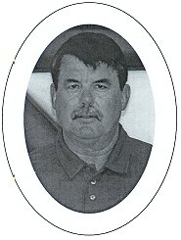 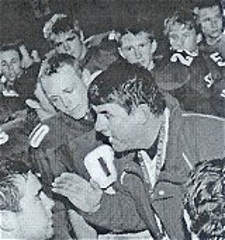 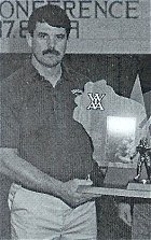 Coach Keith O'Donnell was born in Stockbridge, WI, January 26, 1950, to Hugh and Ruth O'Donnell. They resided in Wisconsin Rapids and he graduated from Assumption High School in 1968. Keith lettered three years in football earning 1st team All­Conference honors at center and defensive end. Keith also placed 2nd in the state power-lifting competition in the 198­poand class.

After graduation, Keith attended UW-Milwaukee on a football scholarship and played defensive end for Hall of Fame coach Kip Cramer. In December of 1968, Keith transferred to Central College in Pella, Iowa, to play football for the "Flying Dutchman" and to be closer to his brother, Brian, who was recovering from a paralyzing football accident. Keith was fortunate to play three years for the "Dutch" and Hall of Fame coach Ron Schipper.

Graduating from Central in May of 1972, Keith began his teaching and coaching career at St. Croix Falls High School as head football and assistant wrestling coach. The "Saints" earned conference football titles in four decades, earned playoff berths five times, twice reached the state semi-finals and once reached the state finals, losing to Beloit Turner in 1988.

Coach O'Donnell was voted District Coach of the Year three times, and in 2005 was chosen as one of the Green Bay Packers Coach of the Week recipients. In 1990 he was the defensive line coach at the North/South Shrine All-Star game under Hall of Fame coach Tom Carroll. After 35 years, with an overall record of 157-158, Coach O'Donnell retired a very rich man, rich in memories and friendships.

Coach O'Donnell was also head coach of the Saints wrestling team for 20 years, Saints wrestling teams won eight conference titles, four regional titles, three sectional championships, and the 1991 Division II State Championship. Coach also had the pleasure of leading four individuals to state titles. In 1990 and 1991 he was voted District Coach of the Year. In 1992, Coach O'Donnell was an assistant coach for the Minnesota/Wisconsin exchange teams.

Keith has a lot of people to thank for his successful teaching and coaching career, but none more than his older brother, Brian, and his high school football coach, Don Penza, who played his college football at Notre Dame under Frank Leahy.