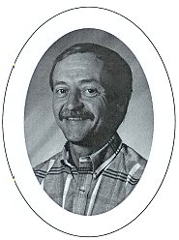 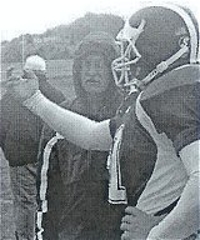 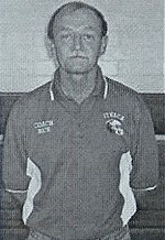 Dan was born to Gerald and Rachel Rice in Richland Center, Wisconsin, on June 25, 1954. One of twelve children raised in Sextonville, he graduated from Ithaca High School in 1972. Dan lettered 12 times in three sports and was selected All-Conference 10 times during his high school career. He then attended UW-Platteville and graduated in 1977 with a degree in Broadfield Social Studies with a history minor.

Dan started his teaching and coaching career at Ithaca High School in 1978.  He began his coaching career as the head boys basketball coach and as an assistant football coach. After two years the school board decided to drop football because they had no candidates to fill the head coaching position.  Dan applied for the position and has been the head coach to the present time. He recently concluded his 27th year as Ithaca's head football coach and was the head boys basketball coach for 15 years. He has compiled the most wins in both sports in the history of the school.

Since Dan took over the Ithaca Bulldogs football program in 1980 he has built one of the more successful small school programs in the state. With one of the smallest enrollments in the Ridge and Valley conference, the Bulldogs have become a peren­nial contender for twenty years. Dan's teams have won 8 conference championships and made 13 appearances in state playoffs. Twice the Bulldogs have played in the state semi-finals, and their overall record is 157 wins and 100 losses during Coach Rice's tenure.

Dan has been selected as the Conference Coach of the Year 8 times, twice in basketball and six times in football. He has also been recognized four times as the WFCA District Football Coach of the Year. He was selected as an assistant coach in the 1991 Shrine All-Star game.

Dan would like to thank his many assistant coaches and his numerous players for their dedication and commitment to making our program outstanding. He would also like to thank the WFCA for bestowing this great honor upon him.