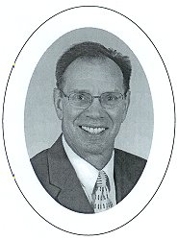 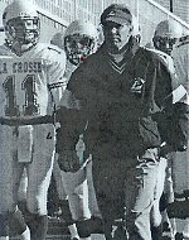 Barry was born in Chicago, Illinois, in 1945 to Walter and Sally Schockmel. He began playing organized football in 5th grade and continued through college. During high school his family moved to Mequon, Wisconsin, where Barry attended Homestead High School and earned two letters each in football, bas­ketball, baseball and track during his junior and senior year in school. He also captained the school's state championship track team in 1963.

Schockmel attended UW-LaCrosse where he was a 4-year starter on defense and started on both offense and defense during his junior and senior year. As a junior he led the team in scoring and interceptions and earned first team All-Conference and NAIA honorable mention All­American honors. As a senior he also earned All­Conference and honorable mention All-American honors.

Barry began his collegiate coaching career in 1967 at Eastern New Mexico University. In 1969 he returned to La Crosse and began a stint of 35 years as an assistant football coach. During that time UW-La Crosse won 18 WSCU/WIAC conference and championships, appeared in 41 post season playoff games and won National championships in 1985, 1992 and 1995. He was appointed defensive coordinator in 2001. In his 4-year tenure as defensive coordinator, LaCrosse won 3 consecutive conference championships and earned 3 automatic NCAA III playoff berths. His awards include the 2002 WIAC Assistant Coach of the Year and the 2003 AFLAC National Assistant Coach of the Year. He was inducted into the UW-La Crosse Athletic Wall of Fame in 1996.

Schockmel is credited with helping to develop more defensive backs who had NFL try-outs than any other coach in the WSUC/WIAC. Barry retired from football at the end of the 2004 season but returned as a volunteer football coach for the 2006 season.

He is thankful for his family's support, love and understanding throughout the years. His fondest memories involve the athletes and students he has encountered throughout his career, as they probably helped shape his life as much, if not more, than he helped shape their lives. He is extremely humbled and honored for the WFCA for even considering the honor bestowed on him.