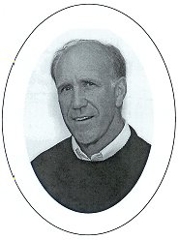 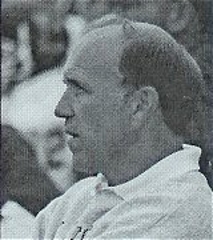 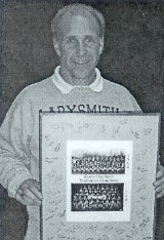 Bruce S. Stewart was born to Lorraine and Russell Stewart in Ladysmith on January 8, 1948. He was raised in the city and graduated from Ladysmith High School in 1966.

Bruce loved his athletics, receiving honors in football, basketball and baseball. During his four years of high school Bruce was blessed to be coached by Roger Haaing, John Brodie and Bob Collins.

The number one coach in his life was his father, who spent endless hours sitting in a lawn chair catching baseballs to help Bruce develop into a pitcher at the collegiate level. The number one cheerleader was is mother, who attended all games.

As a senior at La Crosse, Bruce was fortunate to assist Bill Collar in coaching the La Crosse freshman football team.

Upon graduation, Bruce's first teaching/coaching position was at Spencer High School, where he started out as the head coach in football, basketball and baseball.

In 2001 and 2003 Bruce Stewart was chosen as District II Coach of the Year. In 2002 he was selected as Green Bay Packers' Coach of the Week.

Bruce extends his sincere thank you to his family, friends, and players that have been part of his life.  Receiving this award has special meaning, as Thomas Mestelle, a life-long friend, will be inducted in 2007 as well. Thank you.