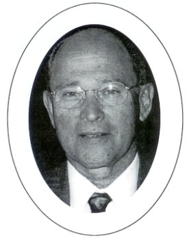 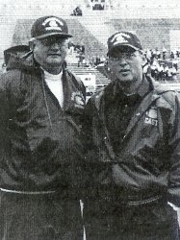 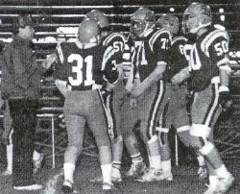 Lee Ackley exemplifies the true meaning of an East Side Purgolder, spending over 35 years either as a student, athlete, teacher, counselor or coach at Madison East High School. Lee was born in Madison on November 17, 1942, to Jim and Millie Ackley. At East Lee was an all-around athlete focusing most of his atten­tion on football and track and field. Lee started as a sophomore defensive back on the varsity football team and was a two-way starter both his junior and senior years.

After graduating from UW-Platteville, Lee was eager to come back to Madison. His first teaching and coaching position was at Madison Central High School. At Central Lee was a varsity assistant coach in football, wrestling and baseball.

When Central closed, Lee transferred to East and coached sophomore football. After 3 seasons Lee joined the varsity staff. While at varsity Lee coached the offensive and defensive lines. During his tenure as a varsity assistant to Wayne Kelliher, Lee was part of three conference championships, one playoff appearance and many city championships. Lee had the opportunity to help coach many outstanding young athletes. In 1987 Lee moved to the freshman level. This afforded him the opportunity to watch his sons play football. At the freshman level Lee coached with his friend and colleague, John Hefte. They enjoyed many successful seasons and one undefeated season.

Lee's final coaching position at East was head varsity football coach. His team tied for the city championship in 1996 and was city champions in 1997. Lee was named city coach of the year in 1997. Lee is proud to say that he coached at every level of football that Madison offered. Lee also was an assistant wrestling coach and head track coach.

Lee retired in 1999 after 34 years in the Madison School District.

Lee is grateful for family, friends, colleagues and former athletes who have supported him throughout his career and to the WFCA for this great honor.