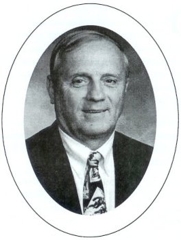 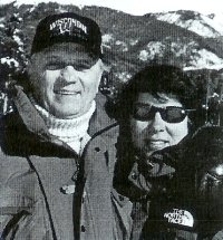 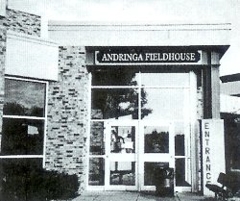 DR. Andringa Conrad (Connie) Andringa was born and raised in Waukesha, WI, graduating in 1956. In high school he competed in football, swim­ming and track. He played varsity football for three years; his senior year under Hall of Fame member, Ken Hollub. Connie lettered four years in swimming, placing second in the 50 Free and Individual Medley at the WIAA state meet. His sophomore year his 200-yard Free Relay Team won All-American honors with the seventh fasted time in the United States.

He graduated from UW-Madison in 1960 and UW Medical School in 1963. After Pediatric training at Wisconsin, he entered the US Air Force in 1966. Once settled in Madison, his WIAA involvement began as team physician for many sports at Madison Memorial High School. His over 35 years of service resulted in the Memorial Field House being named in his honor.

He has served on the WIAA Sports Medical Advisory Committee for 33 years and as Chairman for 22 years. Connie has been physician at WIAA State events in football, hockey, baseball, basketball, swimming, soccer, wresting and track.

Dr. Andringa has been team physician for the 1976 Olympic Hockey Team in Innsbruck, Austria, a Madison Service Club Olympian of the Year, a Blue Line Club Service Award winner, and is in the Madison Skating Hall of Fame.

Dr. Andringa wants to thank the WIAA and the coaches he has known through the years, many who have become his friends, especially those at Madison Memorial. The most important thank you goes to his best friend and wife, Phyllis, and his children who, without their support and encouragement, none of this would have been possible.