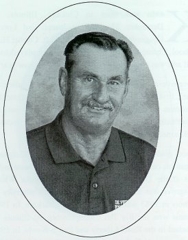 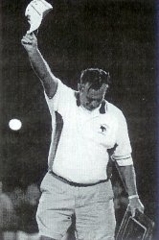 Larry was born to Lester and Rosemary Brick in southern Brown County in the Irish community of Askeaton, Wisconsin. He was raised on the family farm. He graduated from Wrightstown High School with 13 varsity letters in football, baseball, basketball, and track.

Larry continued with the De Pere Redbird football program as coach under head coaches Rich Bessert and Greg Rabas until the present. He has been part of conference championship teams and 9 playoff teams at De Pere. Larry was an employee of the Wisconsin Division of Corrections from 1965 to retirement in 1992.

Larry is thankful for his calling as a coach and the opportunity to have influ­enced the lives of the many young men he has coached; some of them continu­ing on to become coaches themselves. To quote former De Pere High School Athletic Director, Rod Kowa1czak, "I gave him the name "Pied Piper" - because kids are always following him around and wanting to communicate."

Larry is extremely grateful to the WFCA for this great honor!