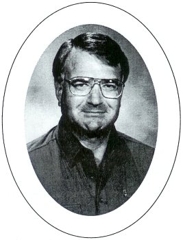 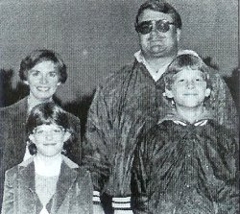 Inspirational leader, motivating teacher, a player's coach; these are words used to describe Coach Gavinski. At Greendale High School, where he was involved in
football for twenty years, nine as head coach, the win-loss record (51-33) isn't as important as the lives he shaped both on and off the field. His love of the game, the expert­ise he shared, and his sense of humor endeared him to all.

Born in Portage, WI, in 1948 to Conrad and Esther Gavinski, he graduated from Portage High School in 1966, having been a nine-time letter-winner in football, basketball and baseball. Steve was a two-way All Conference selection as a tight end and defensive end. Gavinski also left PHS as the second leading scorer in basketball under legendary coach Tom Davis.

A graduate of UW-Whitewater with both a bachelor and master's degree, he was fortunate to play football under Coach Forrest Perkins and was a member of the 1966 NAIA National Runner-up team. In 1970, Gavinski was hired as an upper elementary teacher at College Park School in Greendale, WI, as well as an assistant football coach at the high school. In 1981, the Panthers reached the WIAA semi-finals. Named head football coach in 1982, he led his teams to Suburban Park conference championships in 1984, 1986 and 1987. Selected to be an assistant coach for the WFCA Shrine Bowl in 1988, he regretfully had to decline due to his battle with cancer.

Despite his struggles with cancer, he continued to teach and coach. He passed away two days before the first game of the 1991 season. The Panthers went undefeated that season, won the conference championship, and the varsity coaching staff was selected as CNI Coaches of the year. In 1992, as requested by the students, the football field was named the Stephen J. Gavinski Memorial Stadium.

Besides football, Steve coached N wrestling under Bob Carlson and coached basketball at Holy Apostles in New Berlin. He was also actively involved in the Greendale Teachers' Union, serving as a head negotiator and president-elect.

Steve touched hundreds of lives not only in athletics but also in education.  His legacy continues in the dedication of the football field, a scholarship in his name at UW- Whitewater, and an annual sportsmanship award given at College Park School.