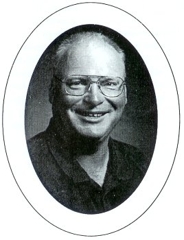 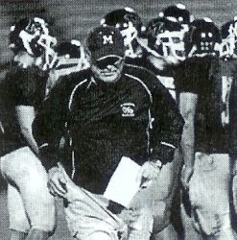 Joel was born in Osceola, Arkansas, on October 11, 1954, to Dave and Jane Hanner. He graduated from Green Bay Southwest High School in 1972. He participated in football, basketball and baseball earning All-Conference and All-State recognition in football.

After graduating in 1976, he followed his father's foot­steps and love of the game into coaching. Dave Hanner coached and played for the Green Bay Packers. He served two years as a graduate assistant at NMU before coaching at 4 different high schools in Wisconsin.
Joel served as head football coach at Lena, DePere, Peshtigo and Marinette High School, where he is still the head coach. He has achieved a record of 216 wins and 135 losses over his 29-year career. He won 7 conference championships and the WIAA Division II State Football Championship in 1989. Joel has also served as an assistant coach in basketball, track and wrestling, all at the high school level. Presently, Hanner is the Athletic Director, Dean Of Students, Head Football Coach and P.E. Teacher at Marinette High School.

A dynamic team philosophy is dedicated to the success Joel has had in his coach­ing career. Fellow coach Tim Stauss, has served as defensive coordinator with Joel for over 20 years. He credits his loyal and hard-working staff as the reason for the accomplishments they've maintained over the years.

Joel feels he wouldn't be where he is today without the encouragement of his entire family. He also feels incredibly fortunate to work with such motivated students over all these years. Finally, he is very grate­ful to the WFCA for such a great honor.