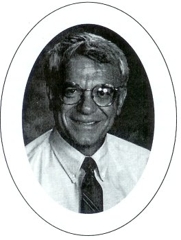 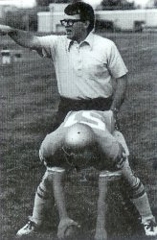 Terry has been teaching and coaching at the high school level for 40 years. Since 1979, he has worked at Marquette High, teaching a wide variety of English and social studies courses. He presently is the Defensive Coordinator for the Hilltoppers and also is an assistant track coach. During that time, the Hilltoppers have won 7 WISAA state football titles, captured 14 conference championships, and participated in every WIAA playoff since joining the WIAA in 2000. During his career, he has also been a Head Coach in both wrestling and track. He served as Marquette's Head Track Coach for two years and his 1995 Marquette track team won both the WISAA state title and conference championships in both 1995 and 1996.

He was honored by the WFCA as one of the Assistant Coaches of the Year in 1995 and he has been on the coaching staff for the All-Star game for the South All­Stars in 1978 and 2007. The Wisconsin High School Track Coaches Association selected him as District Coach of the Year in 1995.

Kelly has also won awards for his work in the classroom, winning the Lake Mills Jaycees Outstanding Young Educator's Award in 1975 and in 1992 was one of the initial recipients of Marquette High School's Excellence in Teaching Award.

Kelly was born in Detroit, Michigan, on July 14, 1945. His family moved to Minnesota just before he began high school. He graduated from St. Thomas Academy in St. Paul in 1963, participating in both football and track. In 1968 he graduated from St. Norbert College with a B.A. in history and English. At St. Norbert he played football and helped begin its club hockey team, which eventually became a varsity sport. He earned an M.S. degree in Curriculum and Instruction from the University of Wisconsin-Milwaukee in 1975.

Coach Kelly is extremely appreciative of the love and support his family gives him. Terry is also thankful for the opportunity to have worked with so many fine young people, outstanding coaches and devoted officials. He is especially grateful to have worked with and been mentored by two members of the Hall of Fame, Bob Petruska at Lake Mills High School and Dick Basham at Marquette.