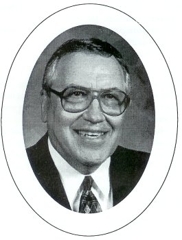 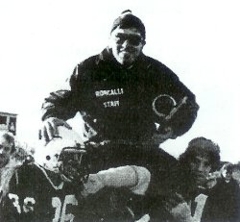 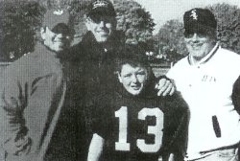 Ron attended UW-Stevens Point, lettering four years in football and one year in track. He was the Captain of the 1960 team and earned the Goodrich Student Athlete Award. When Roncalli High School opened, Ron was hired as a biology teacher and Head Football Coach to develop the football program. In just four years and with only two senior classes, Ron coached RoncaIli High School to the First Single Division WISAA State Championship. The game was played at Lambeau Field in front of 5,255 fans. This began the RoncaIIi football tradition.

Ron shares this honor with his family, assistant coaches, players, the parents and fans, and the Roncalli Community.

Ron coached eight individual State Champions during his 18 years as Track Coach. He has been a Member of WISAA State Football Committee for thirty years.

Ron would like to thank the WFCA for this great honor and commend them for what they do for the Student Athletes in our State.