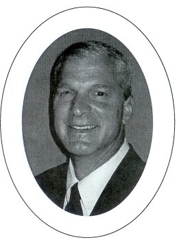 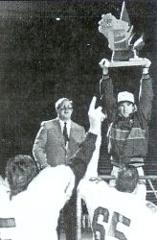 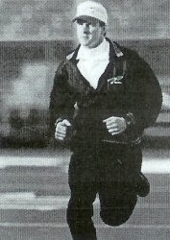 Wade Labecki attended Thomas More High School in Milwaukee where he played tight end, won the state championship, and was coached by Jim Haluska. He graduated in 1982.

An eye injury put an end to Labecki's playing hopes at the University of Wisconsin-Eau Claire. Instead, he worked for UW-Eau Claire Head Coach Link Walker as head equipment manager, then student assistant coach. After graduating in 1987, Labecki was hired by Baldwin-Woodville as a business teacher and assistant football coach.

That year B-W won the conference and Division Four state titles. He was named head coach the following year.

Over the 17 years Coach Labecki was head coach for the B-W football program, he had the following accomplishments:

Labecki has coached baseball, freshmen girls basketball, and hockey. His baseball teams captured two conference championships and his record was 122-55-1. He was the first B-W coach to win 100 games in two sports.

In July of 2000 Labecki was named B-W's athletic director and moved to administration in 2006. Labecki earned a master's degree from Saint Mary's University of Minnesota in 2000. He is currently working on a Doctorate in Education. In 2009, Labecki was hired as the WIAA Deputy Director.

Coach Labecki is proud of the fact that he is one of a very few who has been a member of a team that won state championships as a player, assistant coach and head coach.

He is also proud that a number of the coaches he has been associated with during his football career have been named to the WFCA Hall of Fame: high school coach Jim Haluska, former B-W Head Coach Jack Scholz, UW-Eau Claire's Link Walker, and B­W assistant coach Don Nelson.