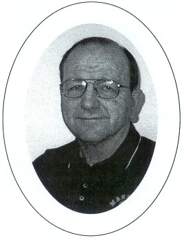 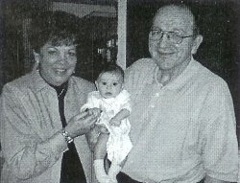 Roger was born in Fort Dodge, Iowa, on September 21 , 1940. His love for sports began as a child. He received varsity letters in football, basketball, track, all-conference awards in football, and conference championships in track in high school at Rockwell City, Iowa.

In college at Mankato State University, Minnesota, he received several honors in football (playing offensive and defensive tackle) and track. In football, he was a three-year letter winner, all-conference two years, the team's Most Valuable Player, and was the 1st ever lineman to win Most Valuable Player of the Northern Intercollegiate Conference. In track, he won the confer­ence three years in a row for the discuss, setting the conference record.

After graduating in 1963, he began his teaching (industrial arts) and coaching (head coach for football, wrestling and track) in Westbrook, MN. Soon after, he returned to Mankato to earn his Master's degree in Physical Education and was an assistant coach with Bob Otto at Mankato State.

They moved to Horicon, Wisconsin, where Roger took on many roles during his long career at Horicon High School. He was Physical Education instructor (37yrs), Athletic Director (32yrs.), Head Football Coach (37yrs.) and Head Track Coach (29yrs.). He had success, not only in football, but in track as well. His teams were represented at the Wisconsin State Track meet 25 out of the 29 years. His head football coaching career ended with 202 wins, a Northern Little Ten title, and six Flyway Conference titles.

Roger generously attributes his successful career to his assistant coaches and players. His dedication to his family, players, career, community and his love for football are his keys to success. He spent countless hours reviewing tapes and analyzing strategies. While most people were sleeping, Roger was up studying and designing plays to come out on top.