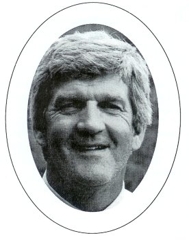 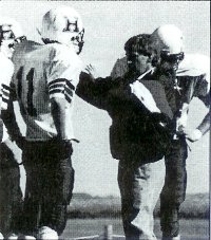 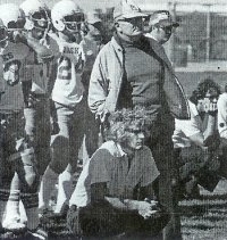 Gerry was Born March 21, 1953 in Rice Lake, Wisconsin. He was raised in Superior, Wisconsin and attended Superior Cathedral High School 2 years, and graduated from Superior Senior High School in 1971. Gerry lettered in football, wrestling and track. In track, Gerry set the WIAA Sectional record in the pole vault his senior year and qualified for the state meet.

In 1971, Gerry started at split end as a freshman for the legendary Monte Charles at UW Superior. That year he set two WSUC conference receiving records, was ranked 5th in the nation in average yards per game, and was selected 1st team on both the All Conference team and NAIA District 13 team. As a sophomore Gerry was selected NAIA All-American wide receiver as well as All-Conference and All-District 13 again. As a senior Gerry was captain of the football, gymnastics and track teams. Upon graduation he had a free agent tryout with the St. Louis Cardinals.

Gerry started his coaching career as an assistant at Chippewa Falls McDonell in the fall of 1976. The following year, he was promoted to head coach and the ~'" "Macks" won the conference championship and had their first winning record in 8 years.

During his time at McDonell, the Macks would become known as the #1 passing team in the country, being featured in USA Today and other publications. Four quarterbacks who played for Gerry would set 18 national records and be listed in multiple categories over 50 times. Dave Geissler, Todd Harings, Dave Huffcutt, and Ben Gardow are still listed in the Wisconsin and national record books. From 1981 to 1987, the Macks passed on nearly every down in every game.

The following year, Gerry would move to Hudson and coach for 14 years. His teams continued to pass and 35 players from Hudson and 31 from McDonell went on to play college football.

Gerry proudly shares this honor with his family as well as all of the players, assistant coaches, and community members that have made coaching football one of life's great callings.