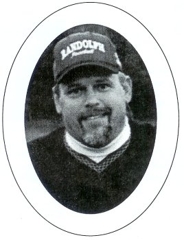 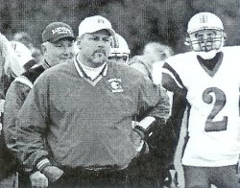 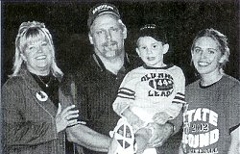 Pat was born in Marshfield, Wisconsin, January 24, 1957, to Lynn and Jane Winch. He graduated from Marshfield High School in 1975 where he earned varsity letters in football, basketball, and track. Winch received All-Conference awards in both football and track.

Winch continued his football career in college, playing for two years at the University of Wisconsin - Stevens Point in 1975 - 1976.

After graduating from University of Wisconsin - Stevens Point in 1980, he began teaching in Randolph, Wisconsin. His first six years he taught at the Randolph Middle School and coached varsity football and girls' basketball at the high school. In 1986, Winch went to Randolph High School to teach social studies and became the Head Football Coach at Randolph. His football coaching record was 130 wins - 59 losses with 4 conference championships and 13 WIAA playoff berths in 19 years. Winch also served as Randolph's Athletic Director for three years. In addition to these accomplishments Winch also started and coordinated the Randolph Youth Football Program and began the Randolph off-season weight training program.

Winch has been an active member in the WFCA during his entire coaching career. He served as regional voting member from 1998 - 2004. He was selected as the WFCA Region XVITI Coach of the Year twice in his career, in 1987 and once again in 2003, where he also earned his WFCA Victors Award. Winch was also an assistant coach in the 1996 Wisconsin Shrine Bowl High School All-Star Football Game.

Professionally, Pat was selected as the National Honor Society Teacher of the Year in 2006, served on the Wisconsin State Curriculum Committee from 1996 - 1998, and has been selected many times by his students to "Who's Who Among America's Teachers."

He is thankful for the love and support of his fam­ily and friends, the young men that he had the honor to coach, and the WFCA for this humbling honor.