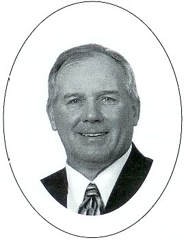 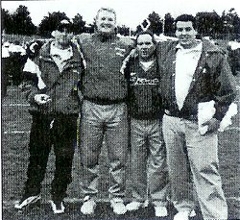 Stan was born in New Glarus, Wisconsin, on April 22, 1952, to Cloyence and Uva Zweifel. He graduated from Evansville High School (Wisconsin) in 1970 where he earned seven varsity letters in baseball, basketball, and football, received All-Conference Awards in baseball and football, and served as Captain of the baseball team.

After graduating in 1975, Stan began his career as a high school head football coach at Markesan High School before moving on to New Ulm High School (Minnesota) for five years. In 1980 Stan became the Offensive Coordinator at what is now Minnesota State University Mankato, before becoming the Head Football Coach at Yankton College (South
Dakota) for two years. Stan served as the Offensive Coordinator at the University of Northern Colorado before becoming the Head Football Coach at the University of Minnesota, Morris, in 1986 where he won a Northern Intercollegiate Conference (NIC) championship and was named conference Coach of the Year in 1987.

In 1990, Stan became the offensive coordinator at the University of Wisconsin­Whitewater where he added the title of Assistant Head Coach in 1994. During Stan's 16 years in Whitewater - which culminated in two NCAA Division III
championship bowl game appearances - he was part of 119 victories and 50 losses. During that time, he helped win five conference championships, was twice named WFCA College Assistant Coach of the Year, was twice named an AFCA National College Assistant Coach of the Year finalist, and coached 29 All-Americans, 72 All­Conference selections, and 7 players who went on to play professional football.

Stan has traveled throughout Wisconsin, the Midwest, and the rest of the country as a featured speaker at athletic banquets, football camps, and coaching clinics as the author of several books and producer of a multitude of videotapes on various aspects of the game of football.