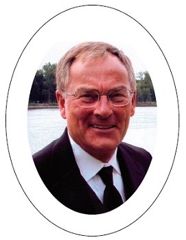 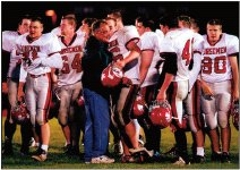 John graduated from Westby High School, Westby, Wisconsin, in 1961. He participated in football, basketball, and baseball, earning seven letters. John was co-captain of the football team, leading hitter on the baseball team and one of twenty baseball players in the state invited to try out for the Milwaukee Braves at Milwaukee County Stadium.

He attended UW-La Crosse for two years. He then transferred to Winona State College, participating in football and baseball, and graduated in 1966 with a B.S. Degree in Physical Education.

This honor would not be possible if it were not for his family's loving support, patience, and understanding of how important it was for him to coach Westby football.

Lastly, John would like to thank all the dedicated athletes he has had the opportunity to coach. Their time and effort
made his career so rewarding and this award possible.