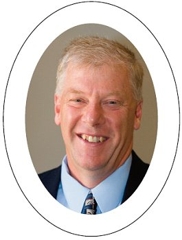 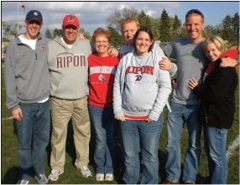 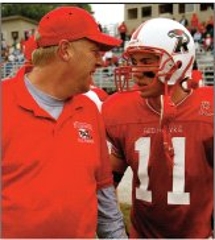 Ron was born in Lincoln, Nebraska, on October 5th, 1957 to Larry and Jean Ernst. He graduated from Hastings St. Cecilia High School in 1976 where he lettered in track 4 years, football 3 years and basketball 3 years. He was an
All-Conference Linebacker.

Ernst continued his athletic career at Nebraska Wesleyan University, where he was a 4 year letterman in football.

He was a quarterback throughout college as his team won a conference championship.

Upon graduation from Nebraska Wesleyan, Ernst began his coaching career at Osceola High School in Nebraska.  In two years his team won a conference championship and was ranked regionally.

In 1982 he moved to Fort Calhoun High School in Fort Calhoun, Nebraska. Here he took over a program that never had a winning season in the school’s history. By his 3rd year the Pioneers had won a conference championship, made the state playoffs and were ranked in the state’s top 10.

After four years at Fort Calhoun, Ernst moved to Greeley Central High School in Greeley, Colorado, in 1986, taking over one of the state’s largest high school programs.

The program hadn’t had a winning season since 1957.  By his 2nd year the Wildcats were conference champions, and finished their 10-3 season in the state semi-finals.  For his efforts Ernst was named Colorado AAA Coach of the Year.

Ernst then earned his Masters degree in Athletic Administration from the University of Northern Colorado while he was an assistant coach for the ’89 and ’90 season.