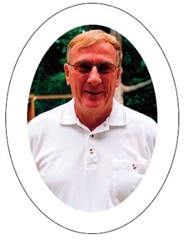 Glen was the youngest of ten children born in 1939 to Henry and Contessie Hinkens in Stambaugh, MI. The family moved to Kaukauna, WI, in 1941. Glen graduated from Kaukauna High School in 1958 where he was an all-conference football player, a starter on the basketball team, and the leading scorer on the track team. He joined the Army in 1959 and was honorably discharged in 1960.

After graduating from UW-Oshkosh, Glen taught science and was an assistant football coach at Belmont High School. In 1966, he returned to Kaukauna High School where he became a science teacher at his alma mater.

Other highlights include being nominated for NFL Teacher of the Year by former NFL player, Dave Viane, and being named Green Bay Packers Coach of the Week in 1999. Glen also served the WFCA as an all-conference meeting chairman, a district all-state selection committee member, and also coached at a Badgers WFCA camp.

During Glen’s ten years as head coach, there were seven players named to the Shrine All-Star game. Since retiring as head football coach, Glen continues to serve as an assistant coach at Xavier High School where he is helping his son, David, who is the head coach. Thus far, he has coached football for 35 years.