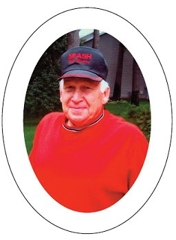 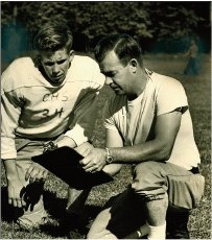 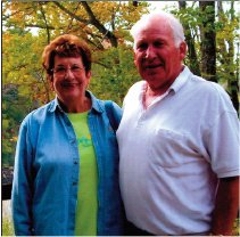 He entered the United States Marine Corp in 1953. In 1956 he enrolled at the University of Wisconsin-Whitewater and graduated in 1960. During his college football career, he played 4 years as offensive and defensive linebacker.

He kicked the extra point and was the holder of the record for most numbers of career extra points. He was a 4 year letter earner in football. They were the Wisconsin State College Champions in 1959. Dale earned 3 letters in baseball and led the team to 2 conference championships with .441 and .428 batting averages.

In 1978 Dale was named to the University of Wisconsin-Whitewater Hall of Fame for football and baseball.

In 1960 Dale began his teaching career at Cambridge High School where he taught History and Physical Education.  He was the head football coach and the assistant basketball coach. Dale also developed successful track teams.

In 1964 Dale earned his Masters Degree in Physical Education from Colorado State University.

Dale taught at Stevens Point Area Senior High from 1967 until his retirement in 1993. He was the Chairman of the Physical Education Department and also taught Drivers Education. He was an assistant football coach as a defensive coordinator under Andy Anderson and Jerry Fitzgerald. Under Head Coach Fitzgerald and Assistant Coaches, Jim Biser and Bill Blake, they developed successful football teams.

Dale is grateful for the support he received from his family during his career.

Dale is also thankful and appreciative of the coaches, players and parents for their support and effort during his coaching career. A very special thank you to the WFCA for this honor.