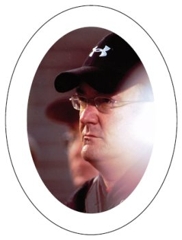 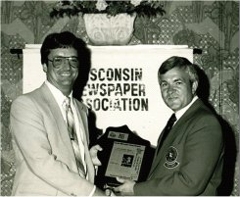 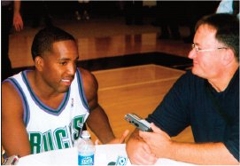 Mark Hutchinson entered the world in an era when fathers played catch with their sons.  As time went by, those sons played catch with their sons.  As they grew older, the sons chose up sides and played football in parks, on sandlots and in each other’s backyards. The sons’ games moved onto regulation fields, where they learned the game’s fundamentals and, more importantly, such life lessons as discipline, teamwork, sportsmanship and humility from coaches who gave selflessly of their time and talents. Parents showed up – usually once a week, on game days – to be supportive of their sons, their teams, their coaches and the schools and communities they represented.

For 31 years, Hutchinson has tried to preserve and promote all of these ideals, though some of them have gone “out of style” in many circles. By God’s grace, he has been privileged to witness and tell hundreds of stories.

Hutchinson was born in one passionate Wisconsin sports community, Oconomowoc, and raised in another, Muskego.

He began playing organized sports as one of the original students at St. Paul’s Evangelical Lutheran School in Muskego.

His organized football playing career began and ended there, and he scored his only lifetime touchdown in his final game, which was called “The Super Bowl.”  He began pursuing his career goal of becoming a sportswriter as a sixth-grader.  When he wasn’t reading sports books and magazines and memorizing many of their contents, he began practicing his craft as sports editor of the school newspapers at St. Paul’s and Wisconsin Lutheran High School.

Hutchinson sold his first column to Community Newspapers when he was 15 years old.  He went to work for the company in 1978, became a sports editor within two years and has held that post since.  He has covered teams coached by 12WFCA Hall-of-Famers.

“Hutch” has won over 20 state, regional or national awards for his writing and editing.  His works have been published by nba.com, milwaukeebucks.com, All-Stater Sports, Sports Spectrum and Softball Masters.