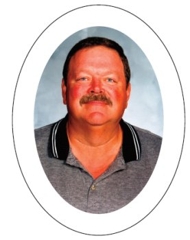 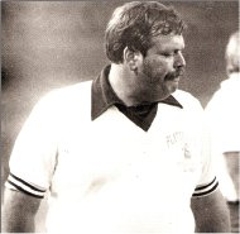 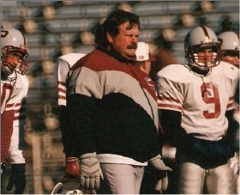 Dennis was born in Sheboygan, Wisconsin, on February 5, 1947, to Armond and lone Kueter, great supporters of their son's coaching and grandsons’ participation in Platteville athletics. A 1965 graduate of Lincoln H.S. in Manitowoc, Wisconsin, he participated in football, basketball, and track. He was co-captain of the football team his senior season. He attended UW-Madison and then UW-Oshkosh where he graduated in 1969 with a B.S. Degree in History. Dennis received his MS Degree in Social Studies from UW-Platteville in 1974.

Dennis started his teaching and coaching career at Platteville High School in 1969. He served Platteville Public Schools for 36 years as a Social Studies teacher and assistant football coach. For 16 years he was the throwing events coach for the track team and also spent seven years as an assistant wrestling coach. He was very active in the Platteville Education Association serving on the negotiating team for many years and also as president.

During 36 years as an assistant football coach, Dennis was the offensive line coach for 32 years and defensive coordinator for 26 years. In that span of time the Hillmen had 244 wins and 103 losses. There were 17 conference championships, 16 playoff appearances, and a state championship in 1983. Dennis was the District XIV Assistant Coach of the Year in 1995 and was an assistant coach for the South team in the 1979 Shrine Bowl All-Star Game.

He has received 25, 30, and 35 year WFCA service awards and a 35-year coaching award from the Platteville Sports Boosters, Dennis is especially proud to have coached many all-conference linemen, five all-state linemen, and many conference champions and state competitors in track.

A special thank you to head coaches Mark Berg, Ray Heim, and Scott Statz for their mentoring, support, and friendship during 36 years at Platteville. A second thank you to all of the Platteville athletes who made those years very successful and rewarding.