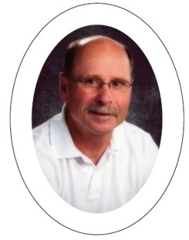 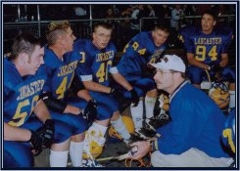 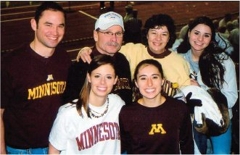 Bill’s roots began in Gary, Indiana, on April 1, 1949, to William and Betty Massey. While attending Marian Catholic High School in Chicago Heights, Illinois, I earned two varsity letters in football and three in track and field. In my senior year, I was selected All-Chicago land as a defensive corner linebacker.

A move during the spring semester of my senior year took me to Bruce, Wisconsin, where I graduated in 1967. At Bruce, I competed in track and field and qualified for the state meet in the pole vault and the 4x200 meter relay.

Upon graduation, I attended UW- Superior (1967-71), majoring in physical education. While at UW-Superior, I earned four varsity letters in football and had both the privilege and honor to be coached by Mertz Mortorelli and Monte Charles, members of the WFCA Hall of Fame.

Upon graduation from UW-Superior, I began my teaching career at Lancaster High School in Lancaster, Wisconsin.  I have been teaching biology for the past 35 years and was co-director of “Bionet”, a biology teacher-sharing network. In 2001, I was recognized by the WSST for Excellence in Science Education.

In addition to coaching football, I have also coached wrestling and track and field. I became the head track coach in 1977 and continued to 1992. I have had the opportunity to coach several state champions, and in 1991, Lancaster was the State Runner-up in Division II Track and Field. For the past 36 years I have continued to coach football, the last 25 years under head coach, John Hoch. As defensive coordinator, Lancaster has won six state championships and was runner-up in 1999. Furthermore, Lancaster has also made 19 playoff appearances and has won 12 Conference Championships. In 2000, I was selected District XIV Assistant Coach of the Year, and in 2002, I was selected to be the assistant coach of the Shrine All-Star game. Last year, 2007, the WFCA recognized me as Assistant Coach of the Year. I am honored by the recognition given to me by my fellow coaches.