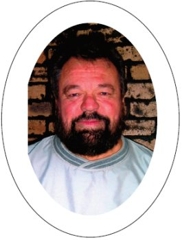 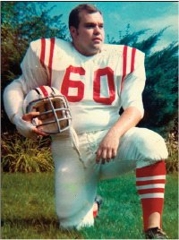 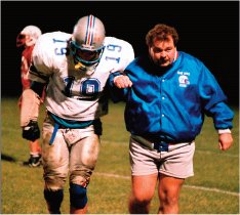 John was born in Green Bay, WI, on February 15, 1945 to Myra and John O’Connell. He attended St. Wendle’s Elementary School, before graduating from Green Bay East High School in 1963. After earning three varsity letters, John was named All-Conference and All-State both his junior and senior years as well as being elected Team Captain.

O’Connell attended University of Wisconsin-Whitewater in 1963 and played football until a knee injury. After graduating from Whitewater in 1968, John took a teaching position with the Edgerton School District.  At Edgerton, he taught for seven years and coached football for the last five.

In 1975 O’Connell took a teaching position with the Evansville School District. He coached football at Evansville High School from 1975 to present. John always considered himself fortunate to be a part of a football program headed by his old teammate Bob Berezowitz and then Ron Grovesteen. Other assistants on that staff included Duane Updike, Randy Keister and Gary Feldt.

With dedicated coaches like these people, coaching and winning football games becomes more frequent and that just adds to the joys of coaching.

As Athletic Director for the Evansville School District for twenty years, John found helping student athletes work through their problems to be very rewarding.