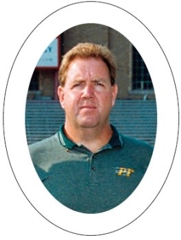 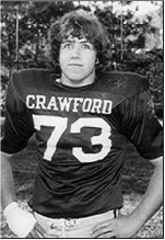 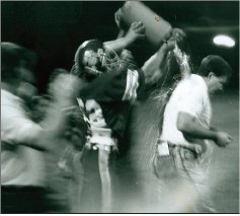 After high school, he attended UW-Eau Claire playing football for WFCA Hall of Fame Coach Link Walker.  After his freshmen year he transferred to UW-Platteville, where he graduated in 1981, earning a B.S. in Physical Education, three football letters and was a proud member of the 1980 WSUC Conference Championship Pioneers.  Playing for WFCA Hall of Fame Coach George Chryst had a tremendous influence in his coaching success.

In the fall of 1981, Brad began teaching Physical Education and Health, in addition to coaching J.V. football and boys' basketball at Potosi. In 1983, he became the Head Football Coach. In 7 seasons at Potosi his teams were 33 – 30 in the old Blackhawk Conference.

Receiving his administration degree in 1990, Brad began his administration career by becoming the 7-12 principal at Prairie Farm High School and named Head Football Coach. During his reign, the Panthers rose from last place in 1989 in the Small Lakeland Conference to Champions in his first year. In nine seasons at Prairie Farm, Brad led his teams to 3 conference championships, qualified for the playoffs 7 times, with a record of 7 – 7, losing to the eventual State Champions 5 times. His 1992 team was state semi-finalists.  In nine seasons, Prairie Farm won 70 games and losing only 25. During his tenure, Prairie Farm recorded the best conference winning percentage in the entire 18 team Lakeland Conference, winning 84% of all conference games.

On July 1, 2003, Brad moved to Brookwood High School to become the 7-12 Principal.  He was an assistant football coach for one season and Head Coach for two. Those three were his most cherished, as he was able to coach his son, Chris.

Brad would like to thank his wife, Wendy, and 3 children, Carey, Sara, and Christopher, for their love and unconditional support. Also, thanks to Mark Jacobson, WBCA Hall of Fame Coach Bruce Keiser, Bob Seamans and Wally Iselin.

“I feel privileged to be recognized along with the greatest coaches in the History of Wisconsin Football. I have been truly blessed with great assistant coaches and hard working, loyal athletes.”