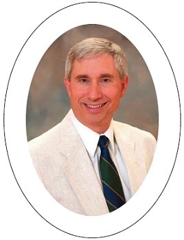 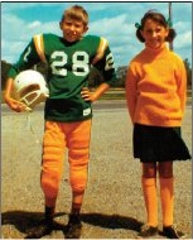 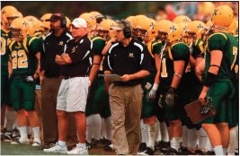 Jim was born in Toledo, Ohio, on November 5, 1955, to James and Gina Purtill. He graduated from Theodore Roosevelt High School, Kent, Ohio, in 1974. He attended Miami University, Oxford, Ohio, the “Cradle of Coaches,” receiving a Bachelor of Education degree in 1978.  He earned his Master of Arts degree from Salem College.

In 1977 the opportunity to coach presented itself as he was doing his student teaching. When approached by John Nemec, an Ohio Hall of Fame Coach, the answer was a quick “yes.” After coaching at the high schools he returned to Miami, graduated and spent the next two falls coaching at the junior high level. It was the warm relationship with these young players that convinced Jim to pursue a coaching career.

Having never played college football, it was time to get experience.  It started in 1980 – back to back spring practices with two of the top coaches in the land, Lavell Edwards at Brigham Young and Don James at the University of Washington.  That fall Purtill worked as a defensive assistant at the University of Toledo. In 1981 he was hired at Salem College.  From 1983 to 1988, Purtill coached for NFL great Maxie Baughan’s freshmen teams at Cornell University.

In 1999, Purtill was hired as the Head Coach at St. Norbert College.  In his first ten years he has led the Green Knights to eight conference championships. Other accomplishments include: