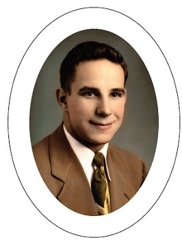 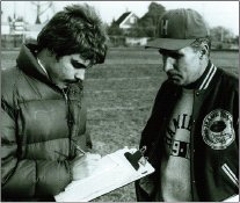 Rudy was born in Milwaukee, WI, on June 21, 1928, to John and Cecilia Royten. He graduated from South Division High School in Milwaukee.  The year was 1942 and that's when he began his football career. He was on Varsity for three of those four years.  Coach Art Krueger was inspirational in Rudy’s football career. He was Rudy’s mentor, friend and most of all respected coach.

Royten continued to play football as a quarterback on a scholarship at Marquette University. He lettered three times at Marquette and helped to lead the Warriors to many .500 seasons.

In 1954, Royten became the youngest head coach in the Milwaukee conference. His first win was against the South Division Cardinals. That year the Juneau Pioneers improved their record with seven wins, and one loss; quite an accomplishment since the teams of the past experienced defeat after defeat. Rudy was on staff at Juneau High School for 14 years.

In 1967, Milwaukee Hamilton was built and Rudy applied for the transfer to the new high school. The announcement stated that Royten would be the head coach for the Hamilton Wildcats. That career spanned 20 years. Then Rudy hung up his whistle for the last time in 1979.