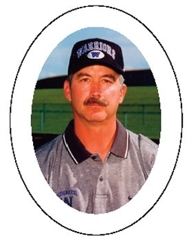 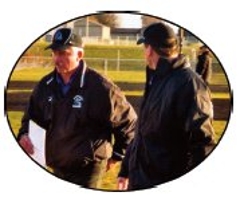 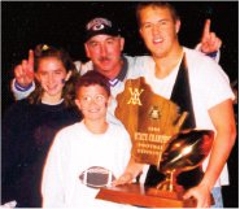 Steve was born to Wilford and Joyce Ryan of Bellevue, Iowa, on October 26, 1956. His siblings are Stan, Joe, Jane and Cathy. Coach Ryan graduated from Lancaster Senior High School In Lancaster, Wisconsin, in 1975 where he participated in football, wrestling and baseball.

Steve continued his education at the University of Wisconsin-LaCrosse earning a double major in Health Education and Physical Education in December of 1979. Ryan began his teaching and coaching career in the Waunakee School District in Waunakee, Wisconsin, in January of 1980.

Coach Ryan's high school football coaching career began as an assistant coach under WFCA Hall of Fame coach, Gayle Quinn In the fall of 1980. Coach Quinn retired in 1992 after a brilliant career and then Pat Rice became Head Coach In Waunakee and Steve enthusiastically became a long time fixture as a member of one of the most successful coaching staffs In the history of Wisconsin high school football. Steve’s primary responsibilities with the Waunakee program were as a defensive coach.