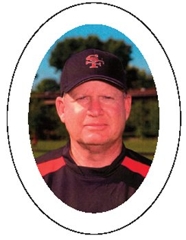 Doug was raised in St. Francis, Wisconsin, by his parents, William and Audrey Sarver, with his brother, Dan, and sister, Sandy. In 1978, Doug started the St. Francis Warrior Youth Football program which he still directs today and in 1985 was asked by then St. Francis Head Football Coach Dan Brunner to assist at the high school. In 1990, Coach Brunner moved to Hartford High School and Doug became the head coach at his alma mater.  After accepting the challenge, he and his longtime friend and assistant, Mark Beaumont, began to build the program by instituting a strict, off-season strength and conditioning program coordinated by Coach Beaumont.

In 1994, St. Francis football turned the corner with its first conference winning season since 1985. Since then, they have gone on to have fourteen winning seasons, twelve playoff appearances, two conference championships and have finished as a state runner-up once. Doug has been the head coach at St. Francis for nineteen years where his teams have compiled a 112-78 record.

During his thirty-one-year career coaching kids, he has had many players go on to play college football including current Arkansas offensive tackle, Jose Valdez, and Wisconsin offensive tackle, Josh Oglesby. He is also very proud of the more than twenty former players that are coaching youth and high school football throughout southeastern Wisconsin. Coach Sarver also credits his loyal assistant coaches that have worked for him at St. Francis over the years; without their time and commitment this accomplishment would not have been possible.

Coaching at the smallest public high school in the Milwaukee area has always been a challenge but it has also been very rewarding. Doug has given up a lot in his personal life to follow his passion of coaching kids in this great game and would not trade it for anything. Coach Sarver would like to thank his family, friends and colleagues who have supported him, St. Francis Mariner Football and the WFCA for this great honor.