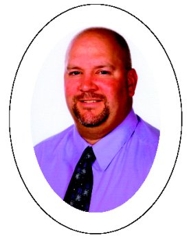 Jeff Seisser has been a fixture on high school and small college sidelines in Wisconsin for nearly 20 years. Serving at the Daily Jefferson County Union in Fort Atkinson as an assistant writer beginning in 1990, Jeff was promoted to sports editor in 1994. As a graduate of Jefferson High School (Class of 1987) Jeff has enjoyed covering not only his alma mater but also the surrounding schools in Jefferson County, giving high school athletes the positive exposure they deserve. Jeff takes pride in his daily coverage of high school and UW-Whitewater sports, along with the goings on in the state of Wisconsin.

He is proud of his annual All-Jefferson County Girls and Boys Basketball and Wrestling teams, something he began over 15 years ago.

Jeff has not only covered high school sports, but also numerous Wisconsin Intercollegiate Athletic Conference events. The past three years Jeff has covered the NCAA Division III National Championship football game in Salem, Va., as the head reporter/photographer of the UW Whitewater Warhawks.

One of Jeff’s proudest moments was covering the Warhawks during their 2007 win in the Amos Alonzo Stagg Bowl, acknowledging UW-Whitewater as national champions. Also, in 1991 when Jeff covered his alma mater, Jefferson, and the Eagles’ WIAA Division 3 state title.

The Wisconsin Newspaper Association has honored Jeff six times for both his writing and photography, was named the Women’s Sports Journalist Award winner in 1996, and in 2006 was presented the Joe Dommershausen Award for outstanding coverage and promotion of Home Talent League Baseball.

Some of Jeff’s other duties have been serving on the Home Talent Baseball Night League Board of Directors, business manager of the Jefferson Blue Devils baseball team and director of the Fort Atkinson City Golf Tournament.

Although Jeff is not going into the WFCA Hall of Fame as a coach or player, he did play football for the Jefferson Eagles from 1983-86, and continues to live in his home town.

Jeff would like to personally thank all the coaches and players in Jefferson County and UW-Whitewater who he has enjoyed covering and meeting, especially former Warhawks football coach Bob Berezowitz who not only nominated him for this award, but also has made Jeff part of the UW-Whitewater family. Jeff also wishes to recognize his son, Tyler, and parents, Gerald and Kathy, who have supported him through the years.