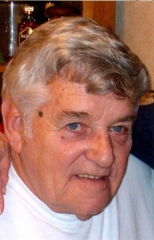 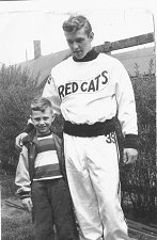 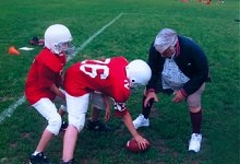 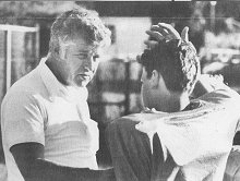 Ronald E. Bird was one of four children born to Walter and Mary Bird.  He is the brother of Sam, Betty and Dr. James Bird.

Ron attended Mound Street School from 1941 to 1949.  He went on to attend Bay View High School from 1949 to 1953 where he excelled in sports.  He received 3 letters in track and 2 in football.  Among his accomplishments on the field was scoring three touchdowns in one game while only playing three downs because of an injury.

After graduation he obtained his apprenticeship and became a Master Tool and Die maker. He retired form AC Delco Electronics and is a Life Member of the South Shore Yacht Club.

Ron has been a Coach and Director of the program he started in 1953. During those 56 plus years he has touched many young lives. He dedicated a big part of his own life to teach kids the value of practice, teamwork, and competition.  But he showed them something else as well; he showed them that a good sense of humor balanced with dedication and compassion can lead to success – not only in sports but in life as well.  If you were to ask him why he does it he will say “for the kids”.   The Redcats motto Keep ‘em in sports and out of the courts” is more than a slogan, it’s a mandate!

He was named “Man of the Year” by the Bay View Business Association in 1988 and again in 2005. He has had numerous articles written about him in many of the community newspapers.

Today he shows as much enthusiasm and interest in young people as he did 56 years ago. You still see him at all of the games making sure everything runs “as it should”; “every player plays” and everyone enjoys themselves, players as well as family and friends.  Ron also spends much of the time maintaining the concession stands.

A kind and generous man, Ron has never been compensated with any kind of pay for all these years, it has always been “voluntary, his own contribution to Youth Sports”.