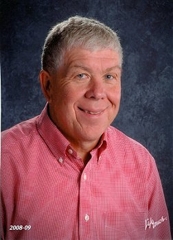 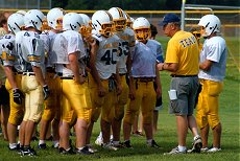 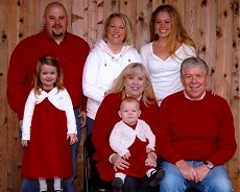 Doug graduated from Barron High School, Barron, Wisconsin, in 1966, where he participated in football, wrestling, and baseball. His senior year he was a co-captain of the baseball team. The football team, coached by Hall of Fame coach, Jim Warren, ended up undefeated and ranked number one in the small school poll. Doug attended UW-River Falls and graduated with both BS and MAT degrees in Social Studies.

Doug's first teaching job was at Laconia High School in Rosendale, Wisconsin. At Laconia, Doug coached football from 1972-1979. He served first as an assistant and then was head coach for the last 5 years. He also coached wrestling, track, baseball, and served as Athletic Director from 1975-1980.

In 1980, Doug took a position teaching Social Studies and serving as an assistant football coach at River Falls High School. Doug coached at River Falls through the 2009 season. During this time River Falls advanced to the playoffs 9 times.  Most of the years at River Falls Doug served as a varsity assistant responsible for the offensive line. He served as offensive coordinator for 10 years. Doug was named the District 7 Assistant Coach of the Year in 2004. Doug has been a WIAA track referee for 30 years.

Doug has been married to Cathy for 38 years. Their two daughters, Heather and Sarah, were very involved in high school athletics and were always supportive of dad's coaching. He is the son of Ethel and the late Alfred Hjersjo. Doug would like to thank the athletes at both Laconia and River Falls for all the great memories. A special thank you to the head coaches who Doug has worked with, Tom Andres, Tom Carroll, Bill Forster, and John Bennett.