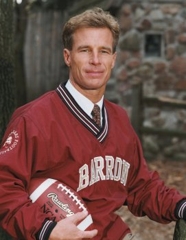 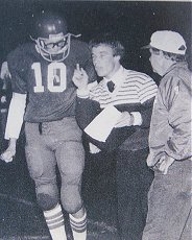 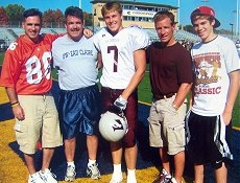 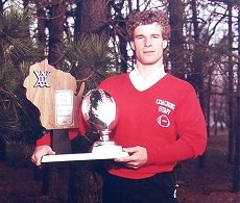 Ken graduated from Madison Lafollette High School in 1971 where he participated and lettered in football, wrestling, and baseball. His senior year he was captain of the wrestling and baseball teams.

Ken began his teaching and coaching career at Colfax High School in 1975. He taught elementary physical education and was the head football coach from 1978-1986 and head wrestling coach from 1977-1983. Ken was the first coach to take a team to the playoffs and he is still the only coach in school history to take a football team to the state championship game in 1984. The Colfax Vikings finished runner-up in Division 6 in 1984. He was named District and Dunn County coach of the year in 1984.

Ken became the head football coach at Barron in 1987. During his 21 year tenure as the head coach of the Golden Bears, his team won back to back undefeated Heart 0’ North Championships in 1989 and 1990. His teams also finished second three times during his career. He is the only coach in school history to take a team to the playoffs and he did this nine times. The 1997 team reached the state semi-finals in Division 3. His 1993 and 1999 teams reached the quarterfinals in Division 4. Ken was named district coach of the year in 1989. His 30-year career record is 136-151. Ken is presently an assistant coach at Menomonie High School.

Ken has also had the great opportunity to coach several Division I players during his career at Barron. Morgan Davis and Josh Baits are two players who played for the Wisconsin Badgers that Ken coached at Barron High School.

Ken would like to thank the WFCA and all of the coaches, players, manager Brian, administration and fans at both Colfax and Barron for their loyal and generous support during his 30-year head-coaching career.