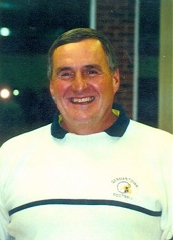 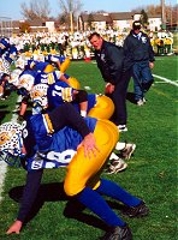 Gary began his roots on the south side of Milwaukee, born to Albert and Ann Soike on September 25th, 1944. He graduated from South Division High School in 1963 where he Varsity lettered in football, basketball and track. As a senior, he was elected Captain of his football team.

After high school he attended University of Wisconsin-La Crosse and played football his freshman year and then joined the military service. When he returned he attended the University of Wisconsin-Milwaukee and received a Bachelor’s Degree in Education. After graduation, he began his teaching career with the Germantown School District. He began as an assistant coach in football in 1972 under WFCA Hall of Fame coach, Phil Datka. While working and coaching, he received his Masters Degree in Administrative Leadership.

He taught Physical Education at Germantown for 30 years and has coached football for 38 years, continuing coaching after his retirement from teaching. In addition to football, he has coached basketball and track. He was instrumental in the development of the school’s weight lifting program that included in-season and off-season training and power lifting competitions.

Gary says “Thanks to the community of Germantown and to all the outstanding players and inspirational coaches who have made my coaching career so rewarding.” He was inducted into the WFCA Coaches Hall of Fame on March 27, 2010.